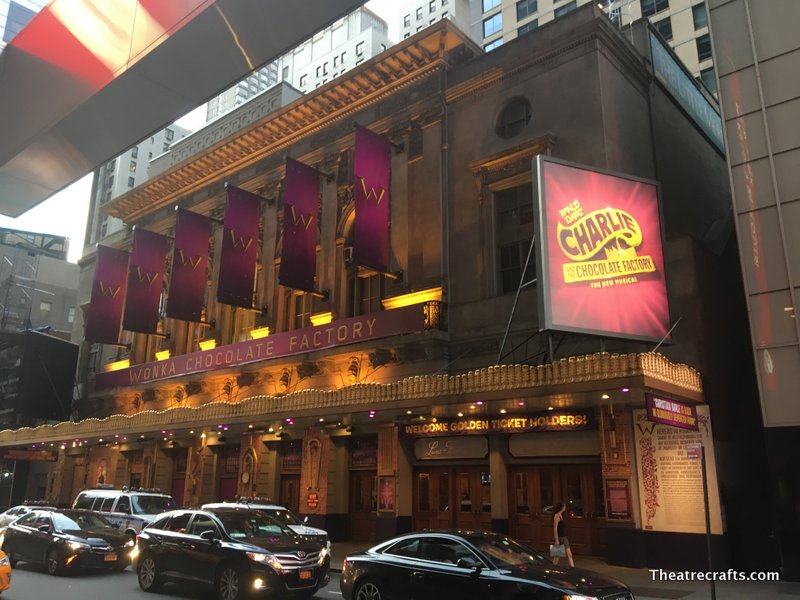 Lunt-Fontanne Theatre was initially built in 1910 as the Globe. It was renamed in 1958 in honor of the famed acting couple, Alfred Lunt and Lynn Fontanne. The Nederlander Organization is the current owner of the theatre.

In the 2000s, the theatre produced plays like Kristin Chenoweth’s concert My Love Letter to Broadway; Frankie Valli and the Four Seasons on Broadway; Finding Neverland; Motown: The Musical; A Christmas Story: The Musical; Ghost: The Musical; The Addams Family; and Disney’s The Little Mermaid, and the long-running Beauty and the Beast that has been reproduced since 1999.

Although there were lesser productions in the 1980s and 1990s, Lunt-Fontanne Theatre in ‘90s still saw Titanic; The Three Sisters; A Midsummer Night’s Dream; Hello, Dolly!; Comedy Tonight; The Best Little Whorehouse Goes Public; Ain’t Broadway Grand; Catskills on Broadway; and Peter Pan. Where else in the 1980s, the theatre produced Sting in The 3 Penny Opera; The Gospel at Colonus; Smile; Uptown … It’s Hot!; Peggy Lee in Peg; Richard Burton and Elizabeth Taylor in Private Lives; The Whiz; Sophisticated Ladies; and Sandy Duncan in Peter Pan.

The ’70s was a glorious time for the Lunt-Fontanne Theatre as it found a series of award-winning and popular musicals: The Rothschilds, with Tony Awards for Hal Linden and Keene Curtis; A Funny Thing Happened on the Way to the Forum starring Phil Silvers (1972); The Pajama Game (1973); My Fair Lady (a transfer from the St. James Theatre); and Carol Channing back again in Hello, Dolly! (1978). It was during this decade that the musical Rex, starring Nicol Williamson, was produced at the theatre too.

From mid-1932 until 1957, Lunt-Fontanne Theatre was a different kind of entertainment house, it was a cinema with its entrance on Broadway. The last musical to play this theatre before it became a movie house in 1932 was Jerome Kern and Otto Harbach’s delightful The Cat and the Fiddle. Before that, Beatrice Lillie had a play in Vincent Youmans’s Oh, Please.

However, in 1958, Roger Stevens and Robert W. Dowling restored the venue to its legitimacy and returned the entrance to its original 46th Street location. The gala reopening of the theatre starred the Lunts in their final appearance on Broadway, in The Visit. Shortly after, Mary Martin worked with The Sound of Music, which won five Tonys.

In the early years of this house, the comedy team of Dave Montgomery and Fred Stone starred in many hit musicals: The Ziegfeld Follies of 1921 starred W.C. Fields and Fanny Brice, who sang “My Man” and “Second Hand Rose”; and two editions of George White’s Scandals with Gershwin scores opened here.

For more information on the Lunt Fontanne Theatre please read these additional pages:

Ticket Policies:
Read about our ticket guarantee and refund policies.